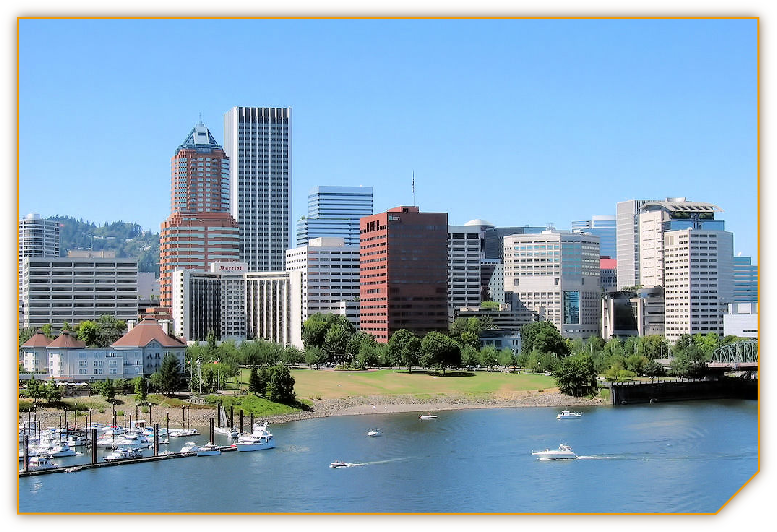 Portland is the largest city in the State of Oregon. The city is a major business and transportation hub for much of the Pacific Northwest and a growing center for electronics manufacturing.  The city has a striking natural setting and rich cultural resources. Portland lies on both the banks of the Willamette River and the Columbia River, which flows to the Pacific Ocean. Portland is a busy ocean port. The city lies at the foot of the fertile Willamette Valley.  To the west are the mountains of the Coast Range, and to the east is the Cascade Range.  Snow-capped Mount Hood at 11,239 feet can be seen from most vantage points in the city. Francis Pettygrove, one of the founders of Portland, named the city in 1845 after his hometown of Portland, Maine.